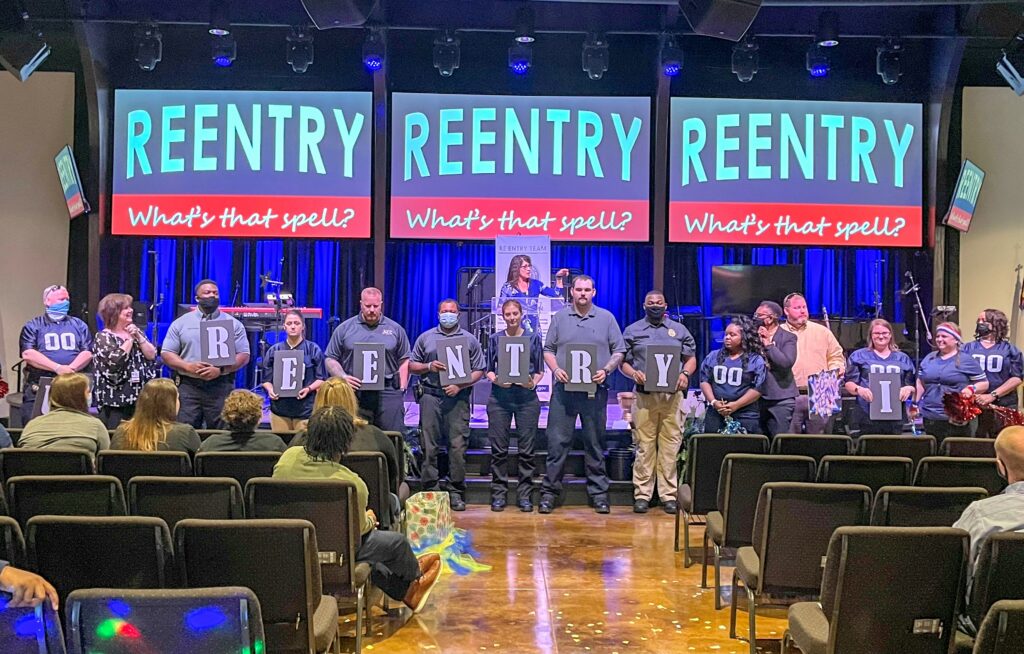 More than 80,000 offenders are currently in the custody or under the supervision of the Department of Corrections.

“For the Department, Reentry is not a convenient theme, or even a program or a service – it is a continuous process and a critical part of our mission,” Secretary Graves said. “For us, preparing for Reentry begins on the first day of incarceration.  Reentry is an uninterrupted thread that is woven through the Division of Correction, the Arkansas Correctional School District and the Division of Community Correction.”

Secretary Graves highlighted Division of Correction programs, including the Think Legacy program, which seeks to reduce recidivism by promoting social skills, job readiness skills, awareness of community resources, and connections to community mentors that will aid participants in achieving successful reentry into communities across Arkansas.

Applauding ADC’s Work Release programs, he said, “Work release allows these individuals to develop resources for independence and gives them the ability to help support their families and pay court ordered financial obligations. It also gives them a sense of pride, which in some ways is far more valuable than any paycheck.”

Standing at the pulpit of Faith Baptist Church, the Secretary stressed how important faith-based reentry programs are for offenders’ success.

“The (Hawkins Unit) Pathway to Freedom program is a Christ-centered holistic service program that provides an educational and values-based, pre-release and post-release/reentry obtain to offenders,” he said. “We also offer the Principles & Application for Life (PAL) program at all Division of Correction facilities, except for Work Release Centers. The PAL program offers worship services, religious materials, and counseling services to all inmates within the Division regardless of their faith, while incorporating that important community mentor component.”

The Arkansas Correctional School District is responsible for a critical component of the Department’s reentry efforts, Secretary Graves emphasized, saying education is mandatory for all capable inmates who lack their GED or high school diploma. “Over 29,000 students have graduated from the Arkansas Correctional School District,” he said. “Through legislation passed earlier this year, we will now be able to also provide remediation services to inmate with their high school diploma or GED beginning in 2021-22 school year.”

Reentry facilities are a vital part of fulfilling the DOC’s mission to be a public safety resource for Arkansas families. These privately operated facilities provide a much-needed step down from incarceration to the community,” he said. “These facilities reflect the best of Arkansas’ charitable spirit and offer a better chance of success than a traditional release. We also have established community-based mentors as integral parts of our Community Correction Center and Parole/Probation programming.” Secretary Graves encouraged those in attendance to participate in Reentry Week activities planned at Division of Community Correction area offices all over the state. Tuesday events will focus on legal services, Wednesday’s theme is “Health Matters,” Thursday activities will feature employment assistance and Friday will focus on mental health.