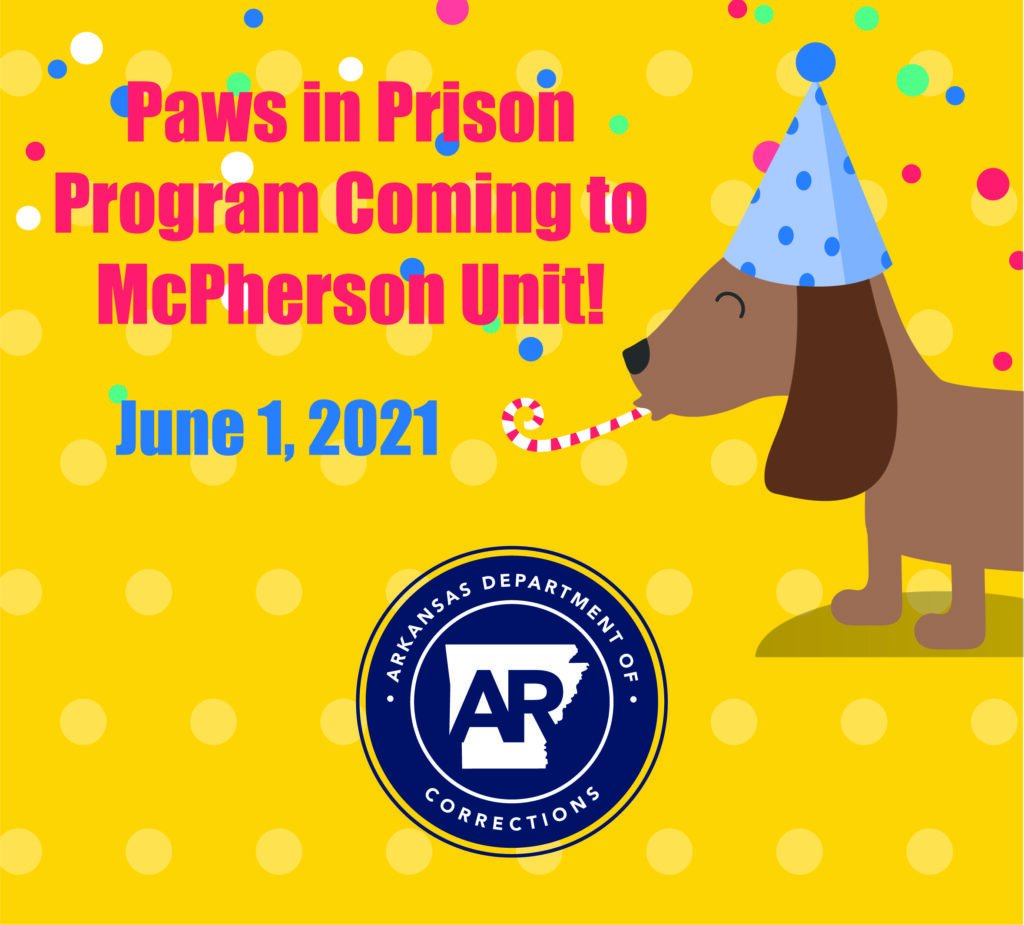 On May 26, the Department of Corrections announced that the McPherson Unit in Newport will be its seventh facility to host a Paws in Prison (PIP) program.

Eight dogs from the Humane Society of Independence County will arrive at the McPherson Unit on Tuesday, June 1. Inmates will meet their PIP dogs at a “Paw-ty” media event scheduled for 1 p.m.

Since PIP began in December 2011, the program has trained and adopted more than 1,700 dogs into permanent homes.

Each dog will be assigned two inmate trainers who receive weekly instruction from professional dog trainers. The animals live with their inmate trainers 24 hours a day, seven days a week in their cells or barracks. The dogs must pass the American Kennel Club’s Canine Good Citizen exam to graduate from the program.

Inmate trainers are carefully screened before being accepted as a trainer in the program. Their records must be clear of any behavioral infractions for a year prior to applying for the program, and they must maintain a good behavioral record to remain in the program.

The PIP program, with 43 dogs enrolled, is currently active in six units:

PIP is funded by the sale of recyclables through the Division of Correction and by donations administered by the Arkansas Paws in Prison Foundation non-profit organization, from other foundations, businesses and private individuals. PIP reduces the number of dogs euthanized each year in Arkansas due to overpopulation by preparing them to be loving, obedient and adoptable pets. Inmate trainers are able to contribute to society and acquire skills that support successful rehabilitation and re-entry into society, which ultimately improves public safety.